A couple of years ago when the huge Desert Trip festival was staged in the Coachella Valley, I was happily not there. When the mammoth line-up was announced with great fanfare, it was a relief to me that none of my favourite artists was included and I didn’t want to see any of the acts on the bill enough to subject myself to a weekend in a vast dusty field in the desert with many thousands of people.

The Eagles weren’t ripe for such an event anyway, Glenn Frey having just passed away, and I would have struggled with seeing them or any band I loved in a huge festival setting.

Yet the desert is a magical place full of music history and iconography: the Eagles’ first album cover was photographed at Joshua Tree in 1972, in beautiful, shimmering, peyote-infused moments captured by Henry Diltz’s ever vigilant lens; Gram Parsons died there the following year; and many other artists were inspired by and photographed in the surrounding high and low desert areas.

None of which has any bearing on the nicely fitted out, modern air-conditioned showroom at the Agua Caliente Casino in Rancho Mirage, where I saw Heart perform in 2015, and where Don Henley made an understated return to solo performing last Friday night, only two weeks after finishing the massive Eagles tour that was spread out over seven months and played in giant stadiums and arenas to probably more than one million people in the US. The nascent band’s desert trip in 1972 (and those peyote buttons still exist – I have seen them) must seem like several lifetimes ago to Don, but Joshua Tree, just up the hill and then some from the shiny smoke-filled casino, will always be a spiritual touchstone that those earliest Eagles songs have a connection to, even if most of the audience were unaware of the history on their desert doorstep.

There was a lot of love for Don in the intimate showroom with its capacity of 2,000, minus a few high rollers who didn’t bother to use the prize seats they’d been given (which meant I could upgrade myself from my seventh row seat on the side to third row centre). So much love and respect for him that the obvious problems with his voice were unheeded, and his eloquent banter – sincere gratitude to the audience and his band, smooth wit and cute jokes (“I went for a little jog at around five o’clock, happy hour. The trouble with jogging is the ice falls out of your glass.”) – took the focus off his vocal struggles for most of the night. I was painfully aware of those struggles and I read the look on his face at times, the frustration with what wasn’t happening. Don talked a lot at the Runaway Q&A last year about his relationship with his singing voice, about the joy and relief when his voice shows up, and the difficulties when it doesn’t. The other night, for much of the show, the voice didn’t want to be there. It wanted to be either in a giant-sized arena with the huge Eagles production or just asleep resting from that tour. “We’re making some adjustments,” he said at one point, waiting for his sound crew to tweak whatever they needed to tweak. “This band plays a lot quieter than that other band. And it’s a smaller room.”

Three songs in, after a shaky start with “Dirty Laundry” and a strained “Last Worthless Evening”, Don said, “I’m gonna do a song from that other band I play in. We just finished a little tour of 54 shows. So I’m a little hoarse from that. The desert doesn’t help.”

The song was “Already Gone”, the first big surprise of the night. It was always one of Glenn’s vocals and over the past year a Deacon vocal, and not a song that Don was known to perform, although I’ve been told there was one time in the early 1990s when he did sing it, dedicated to David Geffen. The girls in his backing band – Lily Elise, Lara Johnston and Erica Swindell – reunited and gorgeous as ever, gave the Jack Tempchin-penned Eagles classic a great edge and gave Don’s voice some much-needed padding.

After that, he announced that he was going to play drums, which, other than at the 70th Birthday Bash last year, is a rare occurrence for a Henley solo show. “It’s not my drum kit so if I fuck up, that’s why,” he said. He didn’t fuck up and he worked up the sweat he needed to lubricate the lungs and the throat. After “Witchy Woman” and “One Of These Nights” (with absolutely no problem hitting the high notes), he returned to the front of the stage and said, “That’s warmed me up.” He put his jacket back on.

“Take it off!” screamed a woman from the back of the room.

“Now you see, if I was a woman you couldn’t get away with that,” Don responded.

“But you’re not!” the woman screamed back.

“We’re not going to have that conversation,” Don said with a chuckle and then introduced “The End of the Innocence”. His voice still struggled, but where this 71-year old wasn’t lacking was in his enduring sex appeal. Even old men – and I mean really old men – in the two front rows were gesturing adoringly to him. One kept holding up an inflamed cigarette lighter, which amused the heck out of Don. Strange people in the desert, he was no doubt thinking.

Introducing “The Heart of the Matter”, he mentioned the two co-writers of the song, JD Souther and Mike Campbell. “Who as I understand it is now in Fleetwood Mac,” Don said of the latter, and paused, and smirked. “Bands. You know. It’s a thing.” Having weathered the storm of doubt when the Eagles decided to go on with Deacon Frey and Vince Gill, he knows best of all what bands will do to keep going.

He persists in singing “Everybody Wants To Rule The World”, which he still credits to “an English duo” instead of naming Tears For Fears. I wonder if it’s a private joke between Don and the British guys. It continues to perplex me, as he is so particular with crediting other songwriters – Souther, Campbell, Tempchin, Hornsby et al. At any rate, he likes to sing the song as therapy, he says. “Perhaps it will be therapeutic for you as well,” he said to the audience, just days before the midterm elections (which he did not make mention of).

Then another big surprise. He performed “Heartache Tonight”, another Glenn vocal, now sung at Eagles shows by Vince Gill, which Don had possibly never done in a solo show. It worked nicely, the girls shining on the backing vocals, everyone clapping along. Perhaps Don was trying out the Glenn songs on this small audience before he decides whether to add them to any future solo shows he might do, or perhaps it was an unspoken tribute ahead of what would have been Glenn’s 70th birthday on November 6, tomorrow as I write this. Glenn loved the desert cities, played golf there, owned property there, and his parents lived there. Don didn’t mention any of this but it was palpable for some, in the ether.

“Boys of Summer” came next, and by “Life In the Fast Lane” the voice was in better shape, through the encore of “Hotel California”, “Desperado” and “All She Wants To Do Is Dance” (the most excited dancers being those old men in the first two rows). The final song was “Wasted Time”, sung as a duet with the deep and sultry-voiced Lara Johnston, which I’d been fortunate to hear a number of times last year on Don’s solo tour.

“Desperado”, always my favourite song, could even at Eagles concerts suffer for Don’s exhaustion at the end of a long performance. At this casino-friendly 90-minute set of only 15 hit songs, “Desperado” benefitted from coming at the point where Don’s voice finally showed up, and just to show that he was never going down, he sustained the grand note in the last verse longer than usual – a full ten seconds – and so nobody was ever going to doubt this guy’s mastery, even on a bad night. Although when in the presence of Don Henley, it’s never really a bad night. And I was right up there near the front, loving every moment.

It was immensely pleasurable and greatly reassuring to see Don’s band, some of whom had been playing with the Eagles – guitarist Steuart Smith, of course, pianist Michael Thompson, drummer Scott Crago, violinist/keyboard/steel guitar player Milo Deering and singer/violinist Erica Swindell – now reunited with bass player Lance Morrison, guitarist Chris Holt, and Lara and Lily on vocals. Don has a brilliant backing band, and while they were assembled in this configuration for the Cass County tour more than three years ago, and none of the songs from that album were in this set, I hope Don continues to use these players for whatever material he wants to present in concert. (Unless he ever gets that soul album together that he’s been deliberating on for so many years. Then he might want to funk it up with some Memphis players.)

This was the first full Henley solo show since the Birthday Bash in Dallas 15 months previously, although he and band had done a benefit show in Fort Worth a few months after that, and a corporate show or two since. They’ll be appearing with Don and Joe Walsh and others at this weekend’s Vets Aid benefit in Tacoma, WA. And then we will see if more Don Henley solo shows start appearing on the calendar between or after next year’s Eagles tours of Australia/New Zealand and Europe/UK. It’s a lot of work for that precious voice, which I hope is sleeping well right now and preparing to show up next time it’s called upon. 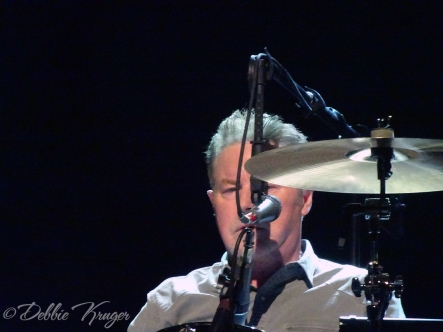 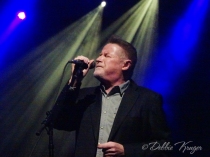 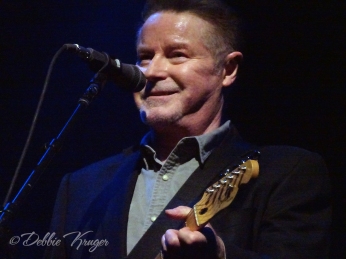 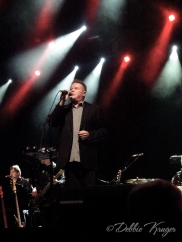 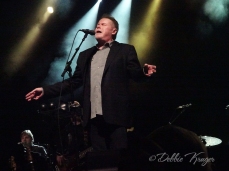 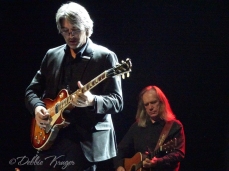 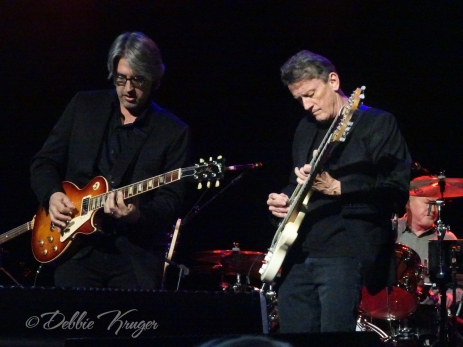 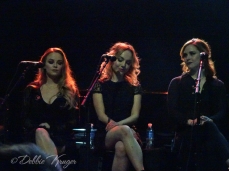 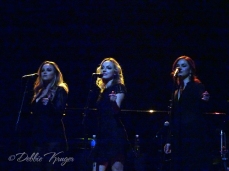 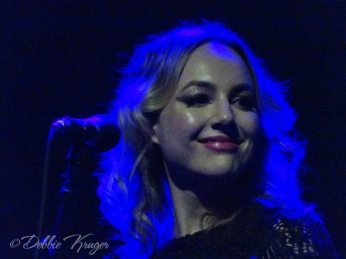 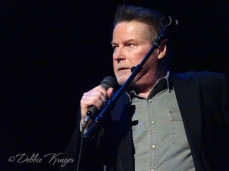 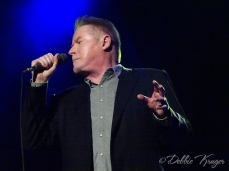 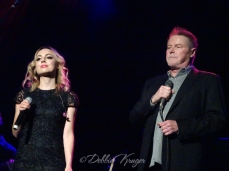 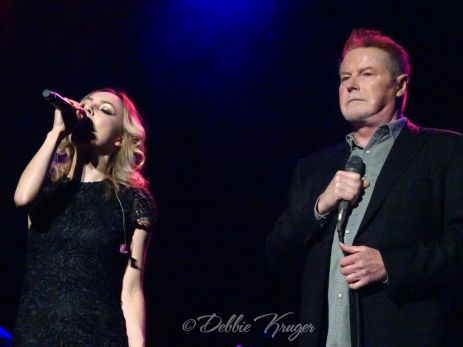 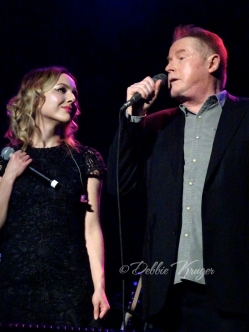 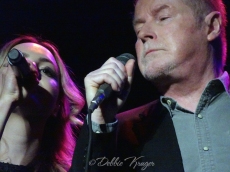